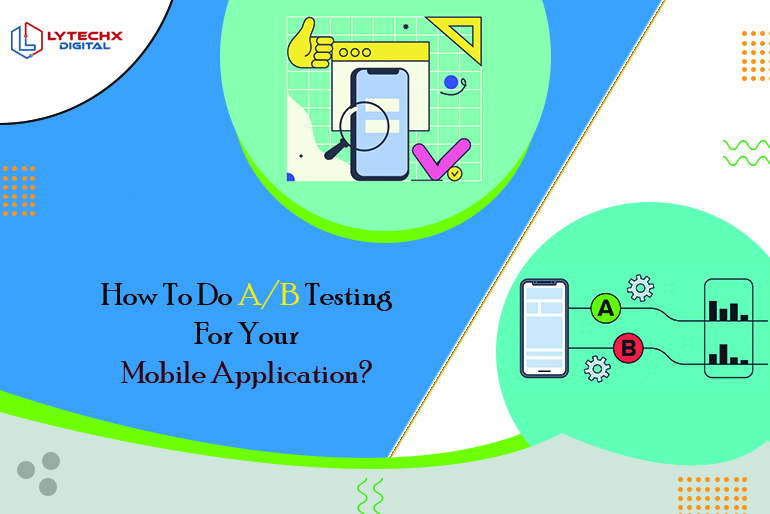 Let’s first be clear about what A/B testing is and how is it beneficial to us?

A/B testing is a test conducted on mobile apps by dividing an audience into two or probably more groups to observe how a variable affects user behavior. The best possible user experience is identified by this test and it brings out the best possible results. An example for better understanding can be assuming that Sony had tested different calls to action on their banner ads, like “Make it Personal” against “Customize your VAIO” which later leads to the conclusion that the second one increased CTRs by 6% and increased shopping rate by 21.3%

A/B testing for mobile apps is a wide practice performed in every industry because of its numerous benefits and high confidence level marketers and has in their analysis. A/B testing is an important and necessary step in the development of any mobile app. The benefits can be listed as:

The overall advantage of A/B testing is that it eliminates guesswork and helps the app marketers to rely on data drove conclusions. The sooner one starts with A/B testing the better chance of getting the app in the best possible state.

There are at present two types of A/B testing, relevant to app developers. Both types work on the same principle of using a comparable audience group to find a positive variable. But apparently, they have a different function. Namely, these are In-app A/B testing and A/B testing for marketing campaigns. The first is concerned with the changes in the app’s UX and UI impact metrics such as session time, engagements, retention rate, stickiness, and LTV and the latter is simply a way of optimizing conversion rates, drive installs and successfully retarget users for app marketers.

So after the basic necessary information about A/B testing, we can now focus on the process followed to complete it. A/B testing is a cyclic process that can be used to continually optimize an app and its campaigns. So, here follows the process for A/B testing:

A/B testing enables us to continually develop a hypothesis over time. One should always be testing to learn new ways to boost conversions because there will always be ways to improve. It is an essential tool that helps marketers improve their campaigns. No matter whether the obtained results are positive or negative continue the building of the hypothesis on fresh and new data and implement new tests to stay ahead of the competition. To get the best A/B testing for your mobile, you can always go for Lytechx Digital Pvt. Ltd, the best web developer company in Jaipur.