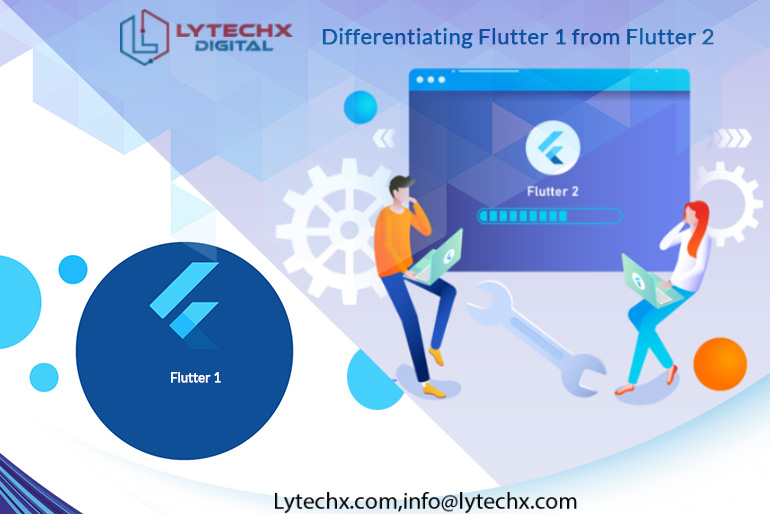 Flutter, an open-source UI software development kit that was created by Google. It was primarily developed for multiple purposes, like to develop cross platforms applications for iOS, Androids, Linux, Mac, Windows, Google Fuchsia, and many other webs with the help of a single codebase. There were a variety of versions for the Flutter, the first version was the ‘sky’ which was run on the Android operating system. Hence it consists of a variety of item which helps an individual in many ways. And the language it uses is the c, c++, Dart, etc. you may also check, why hiring flutter app developer in 2021?.

Why it is used?

The flutter is one of the best tool kits which was developed by Google and it consists of numerous benefits which includes, has Google’s potable UI toolkit for different purposes like crafts, native complied applications for the mobile web, and also for desktop from a single codebase. It also has many features which work at an existing code and is used by many developers and other organizers around the world which is also free as well as open-source for every individual.

The procedure to differentiate between the Flutter1 and Flutter 2

Flutter is a useful framework, which is used to create a high-quality hybrid application. It is a convenient mobile application kit and the apps and the flexible custom UI interfaces which were made with flutter use a ‘Single code’ that complies directly with native code. It also uses the GPU and the Platform API and the different services to create a quick and expensive application.

The basic difference between Flutter1 and Flutter 2

Version 1 is covered up by flutter 1 and it has plenty of Dart developers all around. It also supports a huge number of flutter application support and multiple mobiles and web browsers. It also conveniently enjoys the big community and has a UI element such as the maps and the wen views. And also, it has variant support like the CarPlay, tvOS, watchOS, or Android Auto.

Why is the newer version applicable?

Flutter 2.0 comes with a very neutral enhancement in the various performances and the different stability. But the desktop still denies the support of the tooling and as there are various outstanding bugs. Hence, this is not meant for the recent desktop projects meant for public distribution.

But the evolvement of the flutter is happening on a quick basis which is including individuals building apps with flutter as it works more adequately in mobile than desktop. Its functions are still limited to a “specific single-page application” and “Progressive web application” though it creates decent web applications. And it is not applicable for the content-centric application as well as it requires extensive indexability, SEO, and many other text selections. Hence, the web packages are increasing then the flutter works well. Transaction from flutter 1 to flutter 2

As referred to earlier, a Flutter is nothing but a cross-platform toolkit that helps in allowing code reuse across different kinds of OS or operating systems. In the past, Flutter has been upgraded and transitioned from being just a cross-platform of mobile development to being a tool. This enables you to execute the same codes across browsers in Windows, Linux, etc. Making non-mobile flutter development more viable is the function of Flutter 2.0. This was also the latest version of the DART programming language.

There are a few advantages of Flutter 2.0. The first of them is that it is imminent for creating desktop applications. It can also be used in bulky devices with ease. It even supports non-mobile devices. Flutter 2 helps to create and use hyperlinks with ease. Not only that, it comes with a text sec=lection better than before. The text has options like cut, copy and paste. Developing desktop applications with Flutter 1 was a kind of experiment easier. Now, the performance has improved by a lot, and Flutter desktop support follows up with web support. This helps in creating highly performant applications.

Hence, it can be seen that flutter one of the most important  UI software development kits, which helps individuals to make the best website out there in this competitive market. You can also check Lytechx Digital Pvt Ltd, the best web developer company in Jaipur. You can also go and check our readymade solutions.