The New Development of Flutter 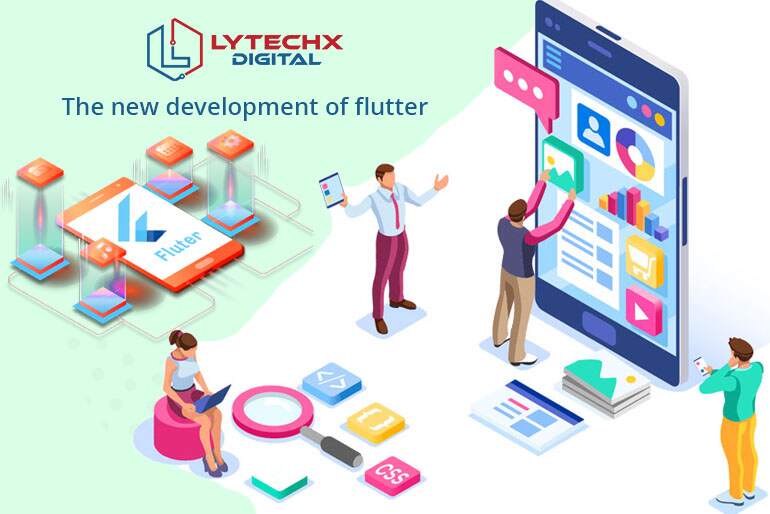 As a business owner, one might wonder how to reduce App development costs. It may be required to see different platforms including IOS and Android, and websites for creating an app that is highly expensive but with the flutter app, one can save both time and cost. You can also check our solutions like etailoring platform or recharge platform. Flutter, by Google, is a cross-platform technology that performs on mobile desktops and websites whether you are a well-developed organization or a start-up company flutter app benefits every business to reduce and develop cost and time.

Let us look at the ways Flutter helps in minimizing the cost and time required for creating your perfect app:

How do flutter apps help in reducing the cost?

Flutter app allows the user to write a single code and help in translating it into the native code of the various platforms.it not only provides a high-quality experience but is also cost-effective for the development stage. Flutter in no doubt is one of the most promising development platforms on market right now.

One can use the same app for other frameworks like other native app frameworks in Flutter. As it uses 80% the developer can save a lot of time and effort. Flutter app helps to reduce the app development cost. So, if one wants to develop Cross-platform app developers I will help them to build a functional app that will bring a huge asset to one business goal.

An important part of the software development life cycle is testing. The flutter app uses the same code perfect for developing apps on a different platform the quality analyst does not have to go through many testings’ stages

Developed by Google plotter is an open-source UI SDK (software development kit). The features allow developers to post issues and review documents in the flutter community. The money entrepreneur only needs to pay to hire developers for building functional apps which in return reduces time in the development process and also saves a huge amount of money.

The language used in flutter is Dart which is a very fast and simple programming language and it is easy to compile into native interference. Flutter does not access OEM so the performance increases with the speed of 60 FPS. Hence it does not require creating an app in native code, so, an across-platform app using flutter is more budget-friendly.

The answer to developing a cost-saving mobile app development strategy will end with Flutter and Minimum Visible Product.

Let’s see how MVP with flutter benefits any business

Flutter has no issues related to its compact compatibility with other operating systems it saves a lot of time for the developer for developing the app.

One of the most favorite frameworks of the developers is flutter documentation. the code is very simple and neat and does not an extraeffort for learning the language The documentation part is very well organized and provides the user with tools and information for cross-platform app development. Hence saving a lot of time for the developer.

The cost of the app is designed by country the average design reads for us by countries are:

Hence, flutter is an easy way to save both time and money. So, for more information, you can visit Lytechx Digital Pvt Ltd, it’s the best web development company in Jaipur. And please check the various advantages and disadvantages of flutter.